NSRC trainers and engineers traveled to Thimphu, Bhutan to help improve core network infrastructure at several campus networks in preparation for new high-speed network connections to the Bhutanese Research and Education Network (DrukREN). NSRC provided hands-on network training courses for Campus Network Design & Operations as well as Linux System Administration to members of DrukREN. The Office of the Vice Chancellor for the Royal University of Bhutan hosted 71 workshop participants. At the request of the Department of Information Technology & Telecom (DITT) within the Ministry of Information and Communications and DrukREN leadership, the NSRC team provided additional assistance in evaluating the national network design and implementation plans, and the overall strategy for connecting to the Trans-Eurasia Information Network (TEIN). 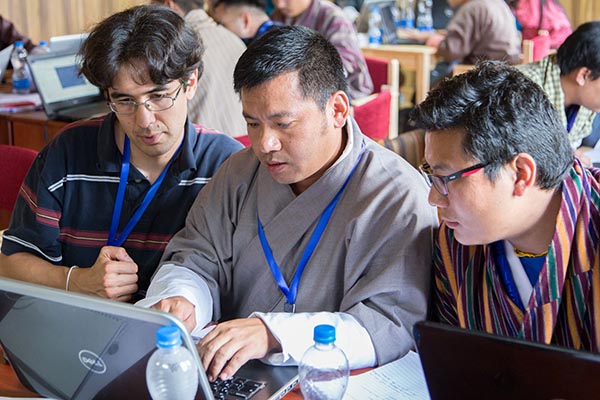 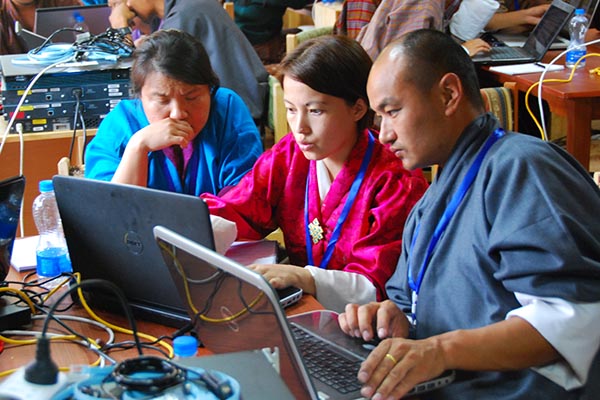 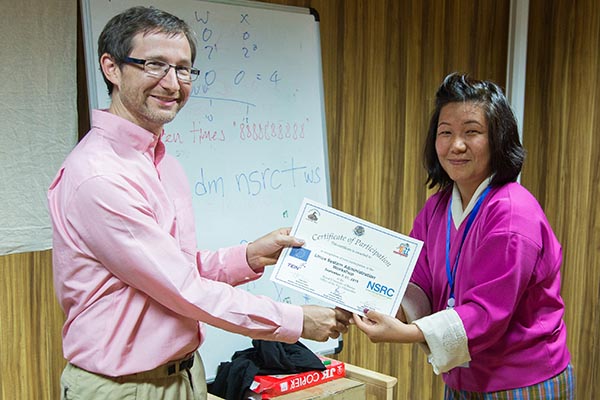 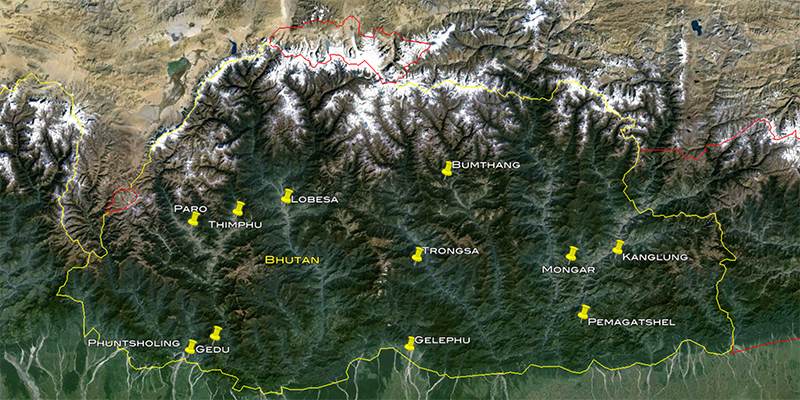 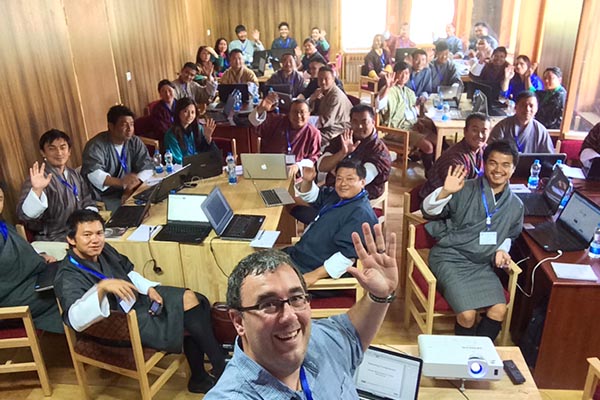 NSRC shipped 880 lbs (400 kg) of network switches and routers to Bhutan for donation to DrukREN campuses following the hands-on workshop courses. The equipment was deployed directly at five campuses in different parts of the country for strategic improvements so they can be ready to utilize the opportunities provided by their new connectivity to DrukREN and the TEIN research and education network. Support for TEIN comes from GÉANT with the support of the European Commission. 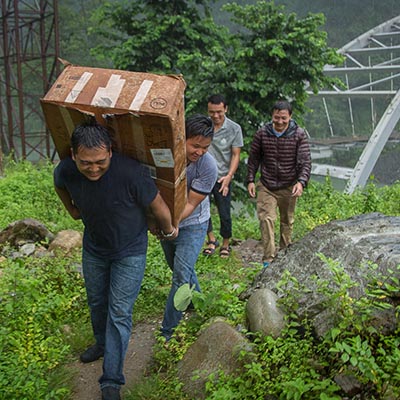 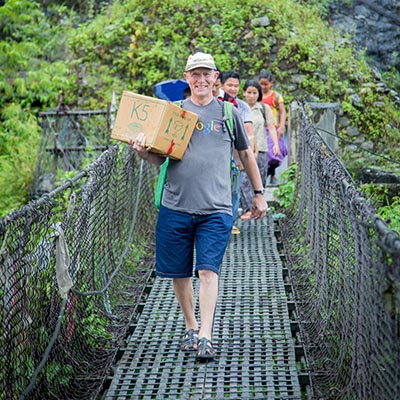 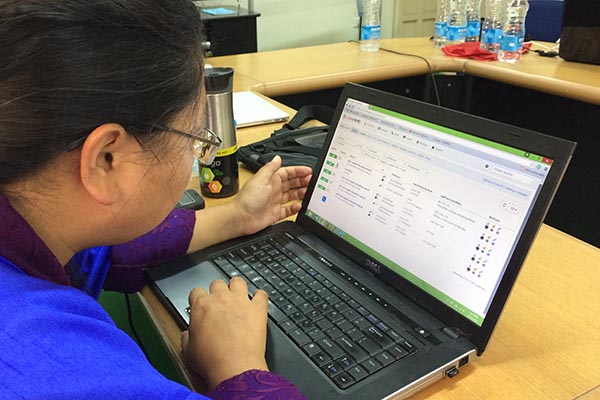 Out of the 120 countries around the world where the NSRC has worked over the past 25 years, this was one of the more challenging DEA programs as the drive to some of institutions took one and even two full days over very difficult road conditions, navigating landslides and traversing bridges over whitewater rivers on foot in order to get the network equipment to the locations and deployed. It was a quite an adventure and a very productive week as the NSRC team delivered on all of the stated objectives and surmounted the numerous challenges and obstacles.

The next phase of the DrukREN build-out culminates in the backbone network construction and connection to TEIN. DrukREN will access the global R&E network from the National Knowledge Network of India (NKN) and then onwards to the TEIN point of presence in Mumbai. DrukREN will also peer with other Bhutanese network operators at the Thimphu Internet Exchange Point also being established as part of this project. 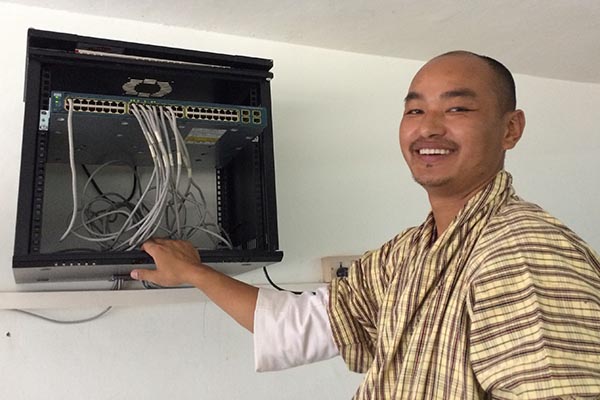 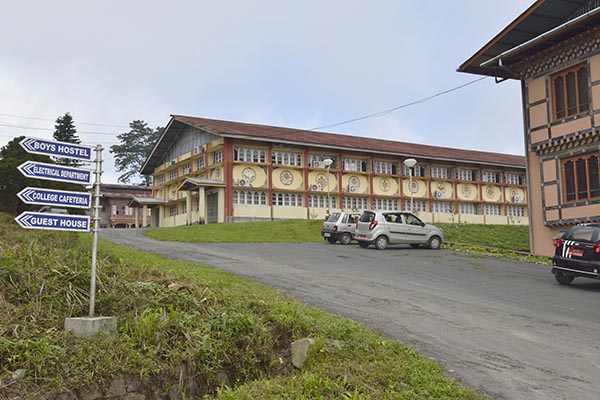 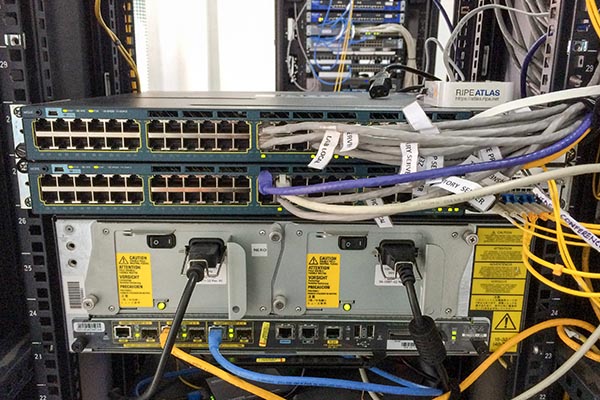